The answer, it turns out, is the increased difficulty created by productive struggle. Sometimes the learning strategies that are most effective for students can feel like the least effective. Productive struggle leads to better learning, and the reason is due to a white substance in students’ brains called myelin.

Smart Brains Are Efficient Brains: The Role of Myelin in Learning 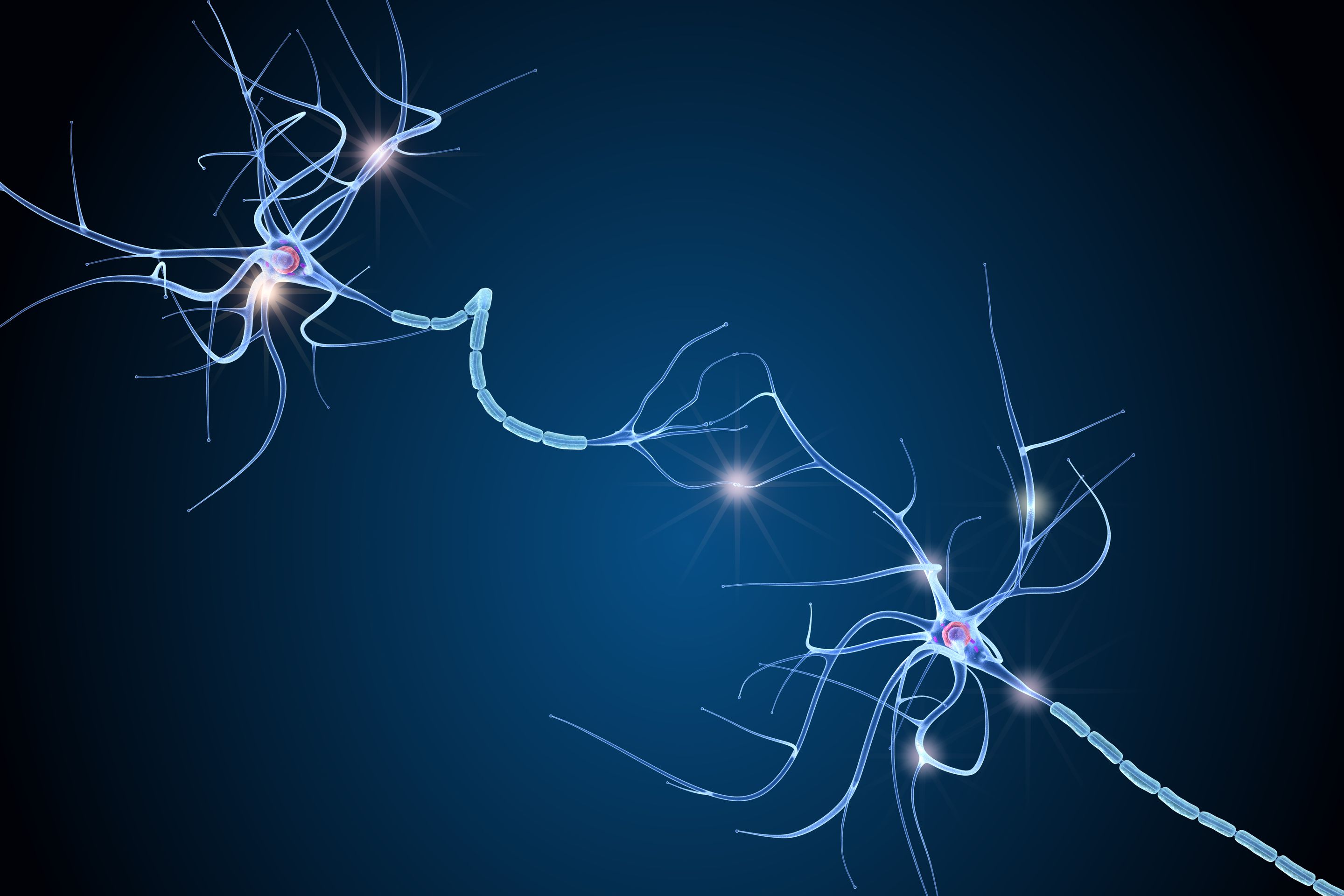 Learning involves three key components of the brain: neurons, synapses, and myelin. Neurons are nerve cells in the brain and spinal cord that have “branches” to receive brain signals and a “wire” to send messages to other neurons. Neurons do not touch each other, and the space separating the wire of one neuron from the branches of another is called a synapse. Learning occurs when experiences connect neurons together. This learning leads to thoughts and behaviors when brain signals travel from neuron to neuron.Imagine a student’s brain as a field. Creating learning through new connections among neurons is like clearing a path and making a dirt road in that field. At first, brain signals can travel, but not quickly or efficiently. But repeated practice—guided by feedback to correct errors—tells the brain that this dirt path is not sufficient. The brain responds by paving the road so that signals can travel faster.
Specialized cells called glial cells are the brain’s construction workers. Myelin is the brain’s pavement. When brain signals repeatedly travel through neurons, glial cells create myelin, a fatty substance that wraps around the wires (called axons) connecting the neurons. Myelin plays the essential role of making brain signals faster and stronger. The more the brain signal is “practiced,” the more myelin gets wrapped around the wire. A well-myelinated brain signal travels over 100 times faster than an unmyelinated brain signal.When students first learn a skill, the connections between neurons are weak—much like a dirt path. Mastery occurs when those neural connections are constructed into freeways by the accumulation of myelin. So how do you help students go from dirt paths to freeways? By creating desirable difficulty through productive struggle.

Retrieval: Forgetting is surprisingly a vital part of learning—a by-product of the brain’s need to prevent overload. Frequent practice tests force the retrieval of memories, telling the brain to make those signals more permanent. A great way to get students to retrieve is asking them to practice answering problems or performing skills before reteaching lessons. Also, fill-in-the-blank or short-answer questions are better than multiple-choice questions for retrieval, since open-ended questions force students to actually recall the information, instead of simply testing their ability to recognize correct answers.

To use interleaving, do not let students completely move on from previous learning. Include a few questions from past lessons on current tests, and set aside a few moments each day to review previous concepts to help students deepen their learning. Whenever possible, ask students to use their long-term memory instead of solely relying on recent material. Students will make more mistakes, but these mistakes are productive because they build better roads in their brains.

Spacing: Distributing practice evenly over time is one of the most helpful techniques for deepening learning. Because the brain can absorb only so much information at a time, students benefit more from frequent, shorter sessions than from longer ones. In fact, spacing saves time. Research shows that students who space out their learning outperform students who try to learn in longer sessions, even if spacing results in less total time on task. You can use the concept of spacing by touching on important concepts multiple times a week in brief, regular sessions.

Mindfulness: Taking a few minutes to breathe and pay attention to the present moment isn’t just relaxing—it’s also a skill in itself. Research shows that regular mindfulness sessions can stimulate the production of myelin, increasing connectivity within the brain. Several available apps can help you lead your students in mindfulness sessions that can be as short as a few minutes.

Learning is not about turning on a light. Instead, it’s about constructing better and faster roads. Smart brains are efficient brains, and that efficiency comes from myelinating brain wires through repeated practice with specific feedback. Although it makes learning feel more difficult, it’s a difficulty that pays off in the long run.